The Originators of CBT-E

Home About us The Originators of CBT-E 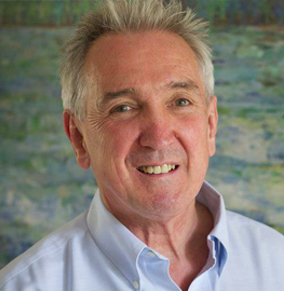 I have been engaged in clinical research since 1981, initially funded by the Medical Research Council and subsequently by the Wellcome Trust (1984-2017). Between 2007 and 2011, I was a Governor of the Wellcome Trust, and from 2011 to 2016, I was a founder trustee of the mental health research charity MQ: Transforming Mental Health.
My work has led to the development of three treatments for eating disorders. The first is a cognitive behavioural treatment for bulimia nervosa. This was the first psychological treatment to be endorsed by England’s National Institute for Health and Care Excellence (NICE). The second is a self-help treatment for people with recurrent binge eating. This is designed to be used either on its own or accompanied by a scalable form of support termed “guided self-help”. The third treatment is transdiagnostic in its clinical range and is termed “enhanced cognitive behaviour therapy” or CBT-E. In 2015 NHS England and the Chief Medical Officer recommended that this treatment be made available for all patients with an eating disorder, whatever their eating disorder diagnosis and whatever their age, and in 2017 it was endorsed by NICE.
My most recent research focus is on the conversion of therapist-delivered psychological treatments into scalable digital interventions, either delivered on their own or with remote support. I have been collaborating with Vikram Patel and colleagues in India who are developing psychological interventions for common mental disorders suitable for delivery by lay counsellors. 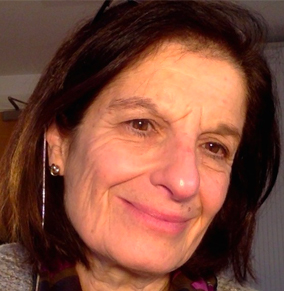 From 1991 to 2015 I was jointly responsible for the management and administration of the Centre for Research on Eating Disorders at Oxford (CREDO) based in the University’s Department of Psychiatry. The Centre pursued a program of research funded by a series of Wellcome Trust Program Grants. The work addressed various aspects of eating disorders, including their diagnosis and classification, their characterisation and measurement, their distribution, aetiology and course, and most importantly their treatment. Between 2000 and 2015 funded by a Strategic Award from the Wellcome Trust, I jointly established the Centre for Research on Dissemination and directed the research on clinician training in evidence-based treatment and the development of measures of therapist competence. Since 2016 I have been based at Yale School of Medicine continuing my research on the early identification of eating disorders, the dissemination of psychological treatments and the measurement of therapist competence. In addition I am investigating the occurrence of eating disorders comorbid with other disorders and ways of modifying treatments to take account of these comorbidities.
My work has led to the development of the transdiagnostic theory and treatment for the full range of eating disorders, enhanced cognitive behaviour therapy (CBT-E), and the development of a psychological treatment for obesity with particular emphasis on the processes involved in weight regain after intentional weight loss. It has also led to the development of the most widely used interview for the assessment of eating disorder psychopathology – the Eating Disorder Examination (EDE). As part of my work on dissemination and training, I have devised and tested measures of therapist competence (in CBT-E) including the first scalable online measure. Most recently I have been collaborating with Vikram Patel and colleagues to apply a similar methodology to devise a scalable measure of competence for lay counsellors who will be delivering psychological interventions for common mental disorders in India.
I have provided expert clinical supervision in CBT-E for clinical and research groups in Europe, the USA and Japan. 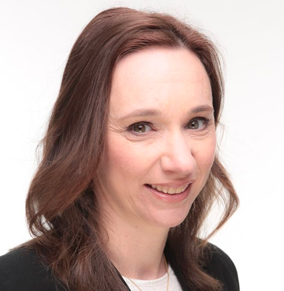 I am an honorary Consultant Clinical Psychologist, a member of the Health Professions Council and an accredited therapist with the British Association of Behavioural and Cognitive Psychotherapy. I worked with the Centre for Research on Eating Disorders at Oxford from 1999-2007 on the transdiagnostic theory that underlies CBT-E. It was during my time in Oxford and work with CBT-E that I developed a particular interest in the treatment of ‘clinical perfectionism’. After leaving Oxford, I founded the Charlie Waller Institute of Evidenced Based Psychological Treatment at the University of Reading and was its director until 2012. I am a Trustee of the Charlie Waller Memorial Trust, Patron of ‘No Panic’ and am a recipient of prizes such as the Positive Practice ‘Making a Difference’ Award, British Psychological Society Award for Distinguished Contributions to Psychology in Practice and Marsh Award for Mental Health for research that has made a difference to clinical practice. I am a former associate editor of ‘Behaviour Research and Therapy’ and currently serve on an NIHR HTA panel and am a NICE Expert Advisor.

Originator of intensive and adolescent adaptations 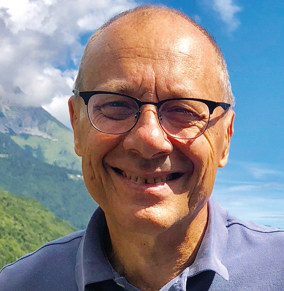 I am director of the Department of Eating and Weight Disorders at Villa Garda Hospital. In this department, in collaboration with Professor Christopher Fairburn, I have developed an original inpatient treatment for eating disorders based entirely on enhanced cognitive behaviour therapy (CBT-E), and an adaptation of CBT-E for adolescents with eating disorders.
My current focus is on evaluating CBT-E in the treatment of adult and adolescent patients with eating disorders who are significantly underweight, both in outpatient and inpatient settings. I also have a particular interest in the processes that are responsible for weight regain (following intentional weight loss) and treatment failure in those with obesity.
In 1997 I founded the First Certificate of Professional Training in Eating Disorders and Obesity. This one-year course, that is now at the 21th cohort, trains medical doctors, psychologists, and dietitians in cognitive behaviour therapy for eating disorders and obesity. I provide expert CBT-E supervision for clinical services in Europe, the USA, Australia, and Dubai.

This website uses cookies to improve your experience while you navigate through the website. Out of these, the cookies that are categorized as necessary are stored on your browser as they are essential for the working of basic functionalities of the website. We also use third-party cookies that help us analyze and understand how you use this website. These cookies will be stored in your browser only with your consent. You also have the option to opt-out of these cookies. But opting out of some of these cookies may affect your browsing experience.
Necessary Always Enabled
Necessary cookies are absolutely essential for the website to function properly. This category only includes cookies that ensures basic functionalities and security features of the website. These cookies do not store any personal information.
Functional
Functional cookies help to perform certain functionalities like sharing the content of the website on social media platforms, collect feedbacks, and other third-party features.
Performance
Performance cookies are used to understand and analyze the key performance indexes of the website which helps in delivering a better user experience for the visitors.
Analytics
Analytical cookies are used to understand how visitors interact with the website. These cookies help provide information on metrics the number of visitors, bounce rate, traffic source, etc.
Advertisement
Advertisement cookies are used to provide visitors with relevant ads and marketing campaigns. These cookies track visitors across websites and collect information to provide customized ads.
Others
Other uncategorized cookies are those that are being analyzed and have not been classified into a category as yet.
SAVE & ACCEPT
Powered by